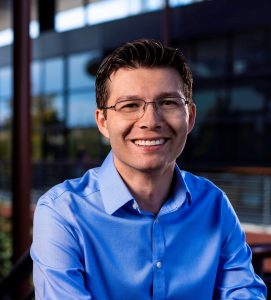 The Schizophrenia International Research Society has named Sergiu Pașca, M.D.,  2021  Basic  Research  Awardee. Dr. Sergiu Pasca is an Associate Professor in the Department of Psychiatry and Behavioral Sciences at Stanford University and the Bonnie Uytengsu and Family Director of Stanford Brain Organogenesis. He is also a CZI Ben Barres Investigator and a NYSCF Robertson Investigator. A physician by training, Dr Pasca is interested in understanding the rules governing brain assembly and the mechanisms of disease. Dr Pasca developed some of the initial in-a-dish models of disease by deriving neurons from skin cells taken from patients with genetic neurodevelopmental disorders. His laboratory at Stanford introduced the use of instructive signals for reproducibly deriving from stem cells self-organizing 3D cellular structures named brain region-specific spheroids or organoids. Dr. Pasca also pioneered a modular system to integrate 3D brain region-specific organoids and study migration and neural circuit formation in functional preparations known as assembloids. His laboratory has applied these models to gain novel insights into human physiology, evolution and disease mechanisms, and supported researchers around the world in learning and implementing these techniques.
Dr. Pasca was named a Visionary in Medicine and Science by the New York Times. He is the recipient of the 2018 Vilcek Award for Creative Biomedical Promise (shared with Feng Zhang and Polina Anikeva), the NIMH’s BRAINS Award (2015), the A.E. Bennett Award in Biological Psychiatry (2018), the Folch-Pi Neurochemistry Award (2017), the Günter Blobel Early Career Award for Cell Biology (2018), the Daniel E. Efron Award from ACNP (2018) and was a winner of the 2020 Falling Walls Breakthrough in Life Sciences Award.

This award goes to a SIRS member who has made an outstanding basic research contribution to schizophrenia research and this year it goes to Sergiu Pasca. He is a

remarkable person having moved from Romania (more specifically the area known as Transylvania) where he was a medical student. He is now at Stanford where he is an Associate Professor, but this was via the Max Plank Institute in Frankfurt. But that doesn’t really provide enough background on why we thought he had made an outstanding research contribution. His main research mission is to identify the unique principles underlying the assembly and maturation of the human brain. So not a narrow focus. He is interested more specifically in how neuropsychiatric disorders arise at the molecular and cellular level. He has been approaching this by pioneering the use of instructive signals for deriving self-organizing 3D cell ensembles called neural spheroids or brain region-specific organoids.

We had already recognised that Dr Pasca was a star and had invited him to be a plenary speaker at this year’s conference. Congratulations both on your work and for this award. I will definitely be online to discover what neural spheroids are and to understand where your work will be moving in the future – definitely someone to keep an eye on! 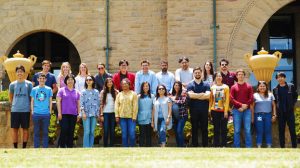 I am really grateful and honored to receive the 2021 Award in Basic Science from the Schizophrenia International Research Society. I am humbled to be selected by the committee and humbled to join such a group of illustrious awardees of this prize. I am truly fortunate to have a talented group of trainees and wonderful group of mentors and colleagues at Stanford and beyond. This is such an exciting time for neuroscience and the quest to understand the biology of the human brain. The arsenal of tools we have available now, including human cellular and 3D assembloid models of disease, put us in a great position to ask daring questions and develop a new psychiatry that is based on a biological understanding of the human brain.