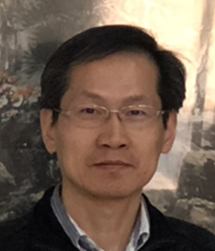 The Schizophrenia International Research Society has named Raymond Chan, Ph.D. 2021 Global Schizophrenia Awardee. Dr. Raymond Chan is a Principal Investigator and a Distinguished Professor of Neuropsychology and Applied Cognitive Neuroscience at the Institute of Psychology of the Chinese Academy of Sciences, and holds honorary professorships at the Department of Psychiatry, the University of Hong Kong, and Shanghai Mental Health Centre. Dr. Chan’s research interests lie in three main areas, including the identification of biomarkers or endophenotypes for schizophrenia and related disorders, developmental and experimental psychopathology of schizophrenia spectrum disorders, especially for anhedonia and amotivation, and the investigation of the unique and shared features across diagnostic and subclinical groups.

Dr. Chan’s team has been actively involving in the development and validation of a set of measures capturing anhedonia and amotivation along and across the spectrum of schizophrenia. These works may contribute to the understanding of psychopathology in both clinical and subclinical samples, and facilitate cross-cultural studies. Dr. Chan is the founding member of the Schizotypy Working Group of the ENIGMA, the steering committee member for the International Consortium for Schizotypy Research, the Regional Representative for Asia of the Global Engagement Committee of the International Neuropsychological Society. He has been the Elected Fellow for the Association for Psychological Science (2017), the recipient for the Distinguished Young Scientist Award from the National Natural Science Foundation China (2010), and the Young Investigator Award from the NARSAD (2003).

The Global Schizophrenia Award is given to an individual from a Low- or middle-income country as part of our efforts to increase diversity within SIRS. This year’s worthy recipient is Professor

Raymond Chan of the Institute of Psychology, Chinese Academy of Sciences, Beijing.

Prof. Chan has been bridging the gap between China and other parts of the world to produce mutual benefits for schizophrenia research. He has made a substantive independent contribution to international neuropsychological research by applying Western theories to Eastern culture.

Professor Chan has recently provided strong evidence that neurological soft signs are not “soft” but relate to brain structural and functional connectivity. He has also successfully translated his basic science findings to clinical practice by designing technology that can provide a more quantifiable and readily accessible method for clinical practice. His method is likely to be particularly useful for developing countries and countries with large populations. His interests also stretch to investigating the neural links, or loss of them, in schizotypy, amotivation and anhedonia.

We are delighted to present this award to Raymond and hope he will help us build further bridges between SIRS and the global community of researchers. 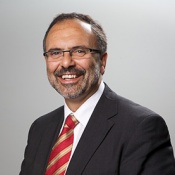 As recipient of the 2021 Global Schizophrenia Award, Professor Raymond Chan has undertaken an impressive series of studies in China and collaboratively with colleagues internationally.

He has made substantial contributions to the understanding of cognitive processing and neural mechanisms of anhedonia and amotivation across stages of psychosis/schizophrenia and in schizotypal disorder. His work on neurological soft signs has led to development of technology to provide quantifiable metrics at the bedside.

Prof Chan has contributed substantially to schizophrenia research in China and facilitated international links relevant to this research. Indeed, he has made substantive independent contributions to international neuropsychological research by applying and modifying Western theories to Eastern culture. This includes establishing a strong research network for schizophrenia and initiating the first large-scale longitudinal prospective programme in schizotypy in China.

It is my honour to receive the SIRS 2021 Honorific Award for Global Schizophrenia. I have been applying the state-of-the-art approach to investigate relevant research questions in the psychosis spectrum, including experimental paradigms, neuropsychological tests, neuroimaging techniques and behavioural genetics. I hope the receipt of this award allows me to contribute more to the field of schizophrenia research and SIRS in particular. I also look forward to working with colleagues from different countries and cultures to facilitate collaboration and advance research in schizophrenia and the psychosis spectrum.