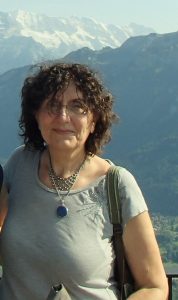 Dr. Niznikiewicz received her Masters’ degree in linguistics from Wroclaw University, Poland and her Ph.D. in experimental psychology from State University of New York, Stony Brook, USA. Her enduring interest has been in the nature of communication using tools of cognitive neuroscience to address the fundamental questions about how communication is supported by the brain. Specifically, she has been interested in which brain processes mediate communication, defined as conveying socially relevant information by employing both linguistic and non-linguistic devices, and how its impairments manifest in disease states. When she arrived at the Harvard Medical School Department of Psychiatry in 1991, her research focused on how these broadly understood communication processes are affected by schizophrenia.

In a series of studies, she examined a complex character of language and communication disorder in schizophrenia. Her most recent interests have been directed towards understanding the nature of auditory hallucinations in schizophrenia where, as one of first in the world, she used fMRI-based neurofeedback to help reduce auditory hallucinations. She made important contributions to the study of clinical high risk for schizophrenia individuals. Most recently, she has been involved in studies that employ multimodal imaging including magnetic resonance spectroscopy and functional imaging to understand cellular and brain network level processes that contribute to effective communication in the brain.

Dr. Niznikiewicz is recipient of this year’s Research Excellence Award. The award is given to someone who has shown exceptional research in the field of schizophrenia and has a

promising research trajectory, and this description fits Dr Niznikiewicz like a glove. She is a well-rounded individual with degrees in English, Linguistics, Development Psychology, Experimental Psychology and Electrophysiology from Wroclaw in Poland, Virginia, and New York. After this globetrotting she has settled into Harvard Medical School as an Associate Professor.

Dr. Niznikiewicz is clearly an outstanding researcher as measured by her outputs, citations, and grants. Her research focuses on cognitive dysfunction in schizophrenia. She has made important contributions to research on the communication impairment associated with schizophrenia showing her use of the English and Linguistics degrees. Her work on neural feedback established agency for people with a diagnosis of schizophrenia which is so important in any intervention. In addition, Dr. Niznikiewicz has examined brain structural indices of schizophrenia pathology, as well as neural processes involved in deficits in sensory and working memory.

Margaret has also been a good citizen within SIRS by taking part in not one but two of our committees – the Diversity Taskforce and the Membership Committee – as well as contributing to our programme committee. She has also mentored early career researchers in her various departments and now has two closer associates (her children) who are making their way as clinicians and scientists.

We have every expectation that she will prove us right with this award and has a stellar career ahead as she is clearly on the right trajectory. Well done Margaret. 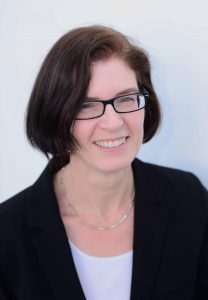 Dr. Margaret Niznikiewicz is an outstanding scientist recognized both nationally and internationally for excellence in research and scholarship in cognitive dysfunction in schizophrenia using multimodal approaches and introducing novel methods of treatment and scientific inquiry. Her research is focused on the area of cognitive dysfunction in schizophrenia. She has made important contributions to research on the communication impairment associated with schizophrenia and neural processes involved in deficits observed in sensory and initial working memory operations in schizophrenia. She has distinguished herself in the community as a gifted and dedicated educator and through service to SIRS. Dr Margaret Niznikiewicz is a worthy recipient of the SIRS award for Research Excellence.

It has been an incredible honor to have been selected to receive SIRS 2021 Honorific Award for Research Excellence. I have conducted research in the field of schizophrenia striving to unravel the many mysteries of this devastating disease and have shared this passion with colleagues and researchers forming a true international research community dedicated to improving lives of persons with schizophrenia.  It incredibly rewarding to have been recognized by the members of this community as worthy to receive the Award for Research Excellence.