By Erin Olinger on June 13, 2022 in SIRS Research Stories 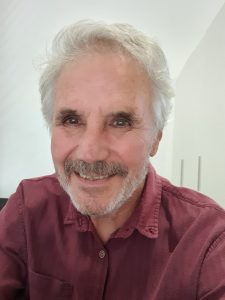 I have had the privilege of spending the major part of my professional career involved in researching the illness called schizophrenia. After qualifying as I psychiatrist and opting for an academic career in the early 1980’s I needed to choose a research area to focus on. This wasn’t a difficult choice because at the time I was working in a State psychiatric hospital and most of the hospital admissions were suffering from schizophrenia. Hospital beds were filled with acutely ill people requiring urgent attention. The impact of the illness on the afflicted individuals and their families was huge. Patients were being re-admitted over and over again – improving with treatment, being discharged and having to be readmitted a few weeks or months later. Together with a great team of research colleagues, we therefore focussed our research on identifying which factors are important in determining the outcome of illness. The most important issue that we identified was that patients were stopping their treatment soon after discharge. While various reasons are given for why they stopped taking the medication, the common denominator was that they were not convinced of the need for treatment. Illness unawareness and failure to recognise the need the treatment are core features of the illness and need to be kept in mind when discussing treatment options with patients and their families. The second most important factor that we identified was use of illicit drugs. In our setting here in Cape Town cannabis and crystal methamphetamine are the two most commonly used drugs, and both seem to be particularly important in increasing the risk of developing schizophrenia and worsening the outcome of the illness. Our work has highlighted the potentially grave consequences of illness relapse and consequently we have focussed on relapse prevention as a treatment priority.

Over the past years we have been pioneering the use of long-acting injectable antipsychotics as an early treatment option, as a way of providing assured, uninterrupted treatment during the critical period when the illness is at its most aggressive and relapses are most likely to occur.  We use a patient-centred, shared decision-making approach and involve family and carers as much as possible in the process. Using this approach, in which the advantages of continuous treatment and the risks of relapse are highlighted, patient acceptance is very good and overall outcomes are generally favourable.   Most patients achieve remission of the acute psychosis symptoms together with improvements in overall social and occupational functioning and better quality of life. While there are still many challenges that remain in our understanding and management of schizophrenia, impressive progress has been made, and the best use of available treatments can make a huge difference to the overall outcome. In keeping with modern public health principles, providing appropriate and continuous treatment as early as possible in the illness to prevent accruing morbidity, offers individuals the best chance of a favourable outcome.

Each year, the Society recognizes individuals in the field of schizophrenia research. Robin Emsley was named the SIRS 2022 Distinguished Service Awardee. SIRS recognizes a member who has provided extraordinary service to the Schizophrenia International Research Society. Their service has been a significant contribution to the society.

You can find more about Robin Emsley's research and accomplishments by clicking on the button.