The Schizophrenia International Research Society has named Dr. E. Fuller Torrey, M.D. the 2021 Lifetime Achievement Awardee. Dr. Torrey is the Associate Director for Research at the Stanley Medical Research Institute and a Professor of Psychiatry at the Uniformed Services University of the Health Sciences. He was educated at Princeton University and McGill University School of Medicine and then trained in anthropology and psychiatry at Stanford University. He spent twenty years in the U.S. Public Health Service including two years as a Peace Corps physician in Ethiopia, one year in the Indian Health Service in Alaska, 6 years at the National Institute of Mental Health and 8 years at St. Elizabeths Hospital. Since 1973 he has carried out research on infectious agents as possible causes of schizophrenia and bipolar disorder including doing field work in Papua New Guinea and western Ireland. In 1989 he founded the Stanley Medical Research Institute which has distributed over $600 million in research funds for schizophrenia and bipolar disorder worldwide. In 1998 he started the Treatment Advocacy Center, which attempts to improve services for individuals with serious mental illnesses in the United States. He is the author of over 200 professional papers and 20 books, including Surviving Schizophrenia, currently in its 7th edition.

Dr. Fuller Torrey is a psychiatrist, scientist, and tireless advocate for individuals with a diagnosis of schizophrenia. We are delighted to offer this longstanding SIRS member, our Lifetime

Achievement Award. What a lifetime it has been. He has undoubted achievements as a scientist, from initiating the NIMH Twin study, his epidemiological research revealing the importance of birth seasonality and urban birth risk, and not forgetting his controversial virus causal theories.

But there is much more, especially his public advocacy for legislative and policy changes as well as improvements in the services and treatments offered to people with severe mental health problems. He made information accessible to families and patients through his best-selling book, Surviving Schizophrenia, now in its 7th edition. His lead of the Stanley Medical Research Institute helped focus research and produced the Stanley Brain collection which is an international resource. In addition to being a spokesperson, he is a historian and even an author of a children’s book. We are just amazed that he found the time for these extra-curricular activities.

We are pleased to award Dr. Torrey for his achievements and celebrate this principled, dedicated, and courageous man. 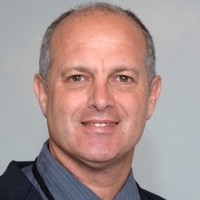 I am grateful to the SIRS Award Committee for accepting my nomination of Dr. Torrey for the Honorific Award for Lifetime Achievements. I find this acknowledgment of Fuller's work to be very appropriate, as he has been one of the outstanding researchers and advocates for schizophrenia patients over the past several decades. He has also been a pioneer of the understanding of the importance of inflammation in psychiatric diseases and opened a very important field of research which has now become mainstream. Fuller has been an inspiration to me, both in his research productivity and activism. The award is very well deserved, and I am personally very lucky and proud to have him as my mentor and friend.

What does the SIRS award mean to me? In 1971, when I had just completed my psychiatric residency and begun an administrative job at NIMH, I wrote a memo arguing that psychiatrists who were trained 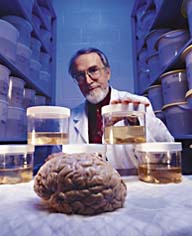 with public funds should have a payback obligation to those most in need of psychiatric services. The memo circulated widely and caused great consternation among the chairpersons of the departments of psychiatry who wanted the public funds but not the public obligation. My immediate boss at the time, an elderly psychoanalyst, took me aside and kindly explained to me that I would never have a successful psychiatric career if I continued to offend the academic leaders. I realized at the time that I should measure the success of my career by my patients and my peers, not by the academic leaders. 50 years later I am grateful to my peers for the recognition.